Proud member of
the VEKA Network 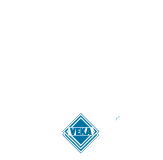 All around the world, the name of VEKA has become the watchword for the best PVC-U home improvement materials, both in its technical performance and sheer good looks.

VEKA was among the original pioneers in the use of PVC-U in window frames and related applications, and has remained at the forefront of its development ever since. Now, with seventeen factories all around the world – including the world’s first purpose-build closed-loop PVC-U recycling plant – it is one of the largest manufacturers as well as one of the most advanced.

VEKA materials have stood the test of time in some of the world’s most ambitious building projects as well as millions of homes. But before VEKA allows any of its products to be used, samples of every one must undergo a series of punishing tests – including many years of exposure to extremes of high and low temperatures in the Nevada Desert and high in the Swiss Alps. Only then can VEKA be sure that its products can withstand far worse weather than any you could expect in Britain and Ireland.

And, because every VEKA member is committed to using PVC-U extruded materials only from VEKA – with frames manufactured only by authorised and tested VEKA fabricators – every one of their customers can expect reliability in the extreme, every time.

The environment is high on everyone’s agenda nowadays, and VEKA has led the way in PVC-U recycling for many years. This versatile material can be recycled many times, giving massive savings in energy and the world’s resources, but VEKA Recycling has one vital difference that few others can claim. Its purpose-built recycling plant at Behringen in Germany, backed by its UK-based primary separation facility, actually recycles to such purity that it can be made into new windows, not just secondary products such as drain or sewer pipes. In fact, the VEKA system can not only turn old windows into 15,000 tonnes of clean, recycled PVC-U a year, it can also separate for re-use glass, steel and gasket materials.

Get a FREE no obligation quote  Try our Virtual Door Designer